Have you ever met a walking talking real life zombie?  A zombie is a fictional depiction of an infected human who is brought back to life through some sort of supernatural power. Zombies are no longer fully human. Their humanity disappears, and we are left with a being that only palely reflects the human they once were.

The type of zombie I’ve just described is obviously a creation of fiction, but human beings can exhibit zombie-like characteristics. Anything that dampens the full expression of human dignity and causes us to function “less than” what God designed us to be qualifies as a zombie-like symptom.

When human beings live as if they were dead they are exhibiting zombie-like characteristics. This deading shows up in every facet of our humanity: cognitively, emotionally, spiritually, physically, and socially. We become lethargic and numb. We lack energy and enthusiasm. We settle for comforts over creativity. We isolate rather than engage. And slowly we become a shell of our former selves unable to think, feel, and act like we once did or desire to.

In our own personal stories, we often can spot these types of symptoms in our stories. We bury the pain of our suffering and became angry and numb. In so doing our humanity is deadened and we become a walking shell of ourselves. This is not God’s design for you.

I encourage you to examine your own heart and reflect on ways you are exhibiting characteristics of death in your own story.

Jesus came to restore life (John 10:10). God’s grand plan involves reweaving life into the created order. To enter God’s kingdom means to find this new life in a way that makes us more human, not less human. Human beings fully alive were always designed to reflect God’s glory. God is interested in restoring cracked and damaged image bearers to re-image Him as he always intended. The world God created was “teeming” with life (Gen. 1:20). This is God’s vision for you as well.

Finding life though means dying first (Matt. 16:24-25, Gal. 2:20). The first step to experience the life God desires to give us is to experience suffering. We must die to our own commitment to live as controlling mini-gods over our own lives and voluntarily submit to to His control. We must relinquish and renounce all forms of control and gladly submit to our Creator and King.

God frequently will use our pain to drive us to this place of death. God never acts or says that suffering is a good thing. This would fly in the face of every aspect of his character. God does, though, choose to allow suffering as a means to bring us back to humble reliance upon himself. He invites us to face the reality of this broken world in complete honesty. As we do this we are able to find life once again and be restored to our full image.

Our friendships determine the quality of life we lead.This may sound overly dramatic, but pause for a moment and ask: “In life’s deepest troubles what enabled me to endure?” For many people, it wasn’t a tool, technique, or principle, but a relational connection that empowered them to preserve.

Have you ever reflected on the relationship of the Trinity as a friendship? The Triune God lives in an eternal perfect symbiotic loving relationship. Every good aspect of human love we encounter in this life is but a dim flicker of the intensity of the source from which it derives its essence. This includes friendship, for friendship is an expression of divine love. The Triune God’s relationship within himself cannot be reduced to merely a friendship—it is certainly much more than friendship—but it does include friendship.

But this begs the question, what exactly is friendship?

According to Baker’s Evangelical Dictionary of Biblical Theology, there are a variety of Hebrew and Greek words that are translated as “friend.” The idea of friendship involves “three components: association, loyalty, and affection.”

Friends voluntarily associate with one another, which creates a sense of belonging to each other. The intensity of that sense of belonging is determined however, by the sense of loyalty and affection present in the relationship. Loyalty is the commitment to do good to the other no matter the cost. Affection is the emotional bond that moves a person toward the other for their good. Each of these qualities—association, loyalty, and affection—constitute the idea behind biblical friendship. Friends belong to one another. They loyally commit themselves to one another, allow themselves to be emotionally moved by one another.

In the book Devotion: An Epic Story of Heroism, Friendship and Sacrifice, we read about two fighter pilots who forged an unlikely friendship. Jesse Brown was the US Navy’s first African American pilot and Thomas Hudner. While Jesse was flying on a mission his plane was shot down behind enemy lines in North Korea. His friend, Thomas Hudner, intentionally crashed his plane in freezing cold temperatures in an attempt to rescue Jesse from the burning plane. Although Thomas ultimately was not able to rescue Jesse, it nonetheless is a powerful image of friendship. Someone willing to sacrificially not count the cost of his own life in order to save the life of his friend.

This story captures a snapshot of what Jesus was describing when he said, “Greater love has no one than this: to lay down one’s life for one’s friends” (John 15:13). Yet, the kind of friendship Jesus was describing was not an abstract philosophical exercise, but an intensely personal definition of his own life and mission. Jesus came to reestablish friendship between humans and God (Romans 5:11). Jesus, like Thomas Hudner, intentionally “crashed” the plane in a rescue operation. Although the difference is that he fully knew it would result in his death in order for the operation to succeed. Yet it was this cost he paid voluntarily.

If it is true that our greatest friendships are found in those who sacrifice freely on our behalf, then look no further than Jesus. Turn your attention to the Redeemer who voluntarily chose to lay his life down. In Christ we see each aspect of biblical friendship displayed beautifully. He associated himself with us willingly and is unashamed to call his family (Hebrews 2:11). He was loyally committed to us even at the cost of his own life (John 10:11,15,18). He genuinely is moved with affection for us and cares (Hebrews 4:15). This is the friend that sticks closer than a brother (Proverbs 18:24). Jesus is the true friend that perfectly embodies every aspect of true friendship.

We created Redemption Walk to point people to this True Friend amidst life’s troubles. Seeing the Redeemer as friend also enables us to experience friendships with one another too. We live out our friendship with Jesus while walking with friends in redemptive community.

Only in the giving of our hearts away freely can one find the energy to spend love extravagantly. We hope this podcast will enable you to be strengthened to walk alongside your friends. Because friendship is the stuff of Jesus’ kingdom.

Today is a BIG day as we celebrate the launch of the Redemption Walk Podcast! All of the big outlets for podcasts are currently updating to make our show available. iTunes is the first one ready for your subscription now. You can listen to the podcast:

Welcome to Live at Peace Ministries 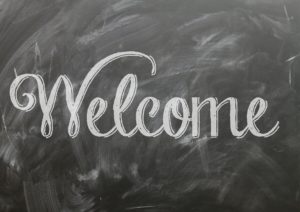 Welcome to the first of many posts to come! We are glad you stopped by. We will be publishing content on a regular basis and this page will help you navigate the terrain.

We hope you will be inspired, encouraged, and equipped to make a difference in whatever relational system you find yourself in. We long to see every cultural system change one relationship at a time.